Osuba is a Yoruba word, Nigerian Language which expresses depth or dimension of honor for Nobles.

Osuba, according to Peterson Okopi can only be described as “The Move Of God” due to the tremendous impact it has created in a very short period of time.

The song was produced by Tkeyz, mixed and mastered by Roland Archy Joel at TWC SoundandBeats Studio while the video was shot by TWC Studios team and directed by Amchree Superstar.

Listen to Peterson Okopi Osuba and share your thoughts below.

Connect With Us On 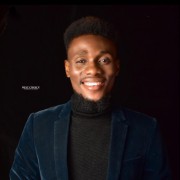